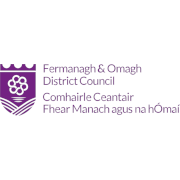 Main Purpose of the Job

To undertake various roles, in response to the demands of the Department, driving Heavy Goods Vehicles, Hook loader, big bite, side loader, Refuse Vehicles, Refuse Lifting, Street Cleansing, Grounds Maintenance and labouring duties within the Waste and Recycling section of the Environment and Place Directorate.

Handwritten Forms can be returned to the HR Department at either:

Application forms must be returned not later than 12noon on Wednesday 20 January 2021.